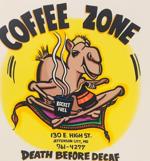 As we move forward into the spring of the 2016/2017 season we wanted to make sure that everyone is aware of the current policies for competitive players in the state. This includes the documentation needed for going to another club's identification sessions or team practices prior to the official try-out date in your Region (dates will be formally announced in March 2017 but will be in June). Please note that this information applies to ALL players registered as competitive and no longer requires the previous dual roster requirements.

Q: What document is needed for a competitive player to attend a practice or evaluation by another team or club?

A: A completed Permission to Participate form is required for all competitive players to participate in activities with another group where a selection process or recruitment will take place (this restriction does NOT apply to recreational players attending sessions). FORM LINK IS HERE

Any player that is on a competitive roster that wishes to engage in an activity with another team or club where the player will be evaluated for inclusion on a roster for the current or upcoming 2017/2018 seasonal year must get a signed "Permission to Participate" form from their current coach and club.

Q: Can a player or parent talk with a club or team about the upcoming season?

A: Coaches, Clubs & Teams are free to give out general information about themselves including their philosophies, costs, and requirements at any time but discussion of roster decisions is NOT allowed.

We encourage parents and players to fully investigate all options that are available to them at the competitive level. Parents should take the time to review all documentation required by the team or club and fully investigate what financial requirements are included in the document. Note that signing a player contract with a club does NOT guarantee you assignment to a particular team within that club unless it is specifically noted in the document.

Q: Can a Club or Team require me to commit and pay fees prior to tryouts to keep a roster spot on a team or within the club?

A: No, Clubs and Teams cannot collect fees or seek commitments prior to tryouts. Coaches may ask for a parent or player to give a verbal commitment but this is not binding for the player.

It is important to have open and honest discussion with the coach and club you are currently committed to but you cannot be forced into securing a roster spot for the next seasonal year prior to tryouts. ALSO NOTE that the Club has no obligation to the player or parent until a financial commitment is received and documentation signed by the parent.

Q: What is considered "Recruitment" by Missouri Youth Soccer Association?

A: Recruitment is the attempt by any person (this includes club directors, coaches, trainers, managers, and parents) to entice a player to move during the current or upcoming season to join a club or team that is outside of their current club or team affiliation.

It is important to note that recruitment can happen ANYWHERE and is not restricted to soccer related activities. Any individual or organization that is found guilty of recruitment by a hearing committee can face harsh suspensions and fines as allowed in the Registration Policy Manual.

Q: What is the length of our commitment to a club or team?

A: Once a document has been signed and registration paid, the length of term is a seasonal year (August 1st through July 31st ).

Unless specifically spelled out in a player agreement, a player and parent commit to a club or team for a full seasonal year. Even if a player is participating in High School sports if they have signed a document and paid any amount of registration they are then considered registered with that club or team.

Q: Is it possible to leave a team or club during a current season and move to another team or club?

A: Yes, but certain restrictions will apply as follows:

The Club Directors as a group elected to allow movement but put in place a charge of $175 for a player to transfer from one club (or independent team) to another during a seasonal year. This charge is paid when applying for the transfer within the player's GotSoccer account.

The team or club you are leaving has up to 10 days to approve your transfer request to allow them time to collect any gear or equipment loaned to you or collect any monetary obligation that is left on your signed player agreement. If the state office receives no objection, then the transfer is automatically approved after the 10th day.

It is important that players and parents have a full understanding of their membership within a club or on a team and the financial obligations and responsibilities that may surround it. We urge you to ask questions and seek opinion to make the best decision for your player for the upcoming 2017/2018 season.

You could win VIP tickets to the 2022 Premier League Mornings Live Fan Fest in Philly!HOW TO ENTER